Sweden’s economy will continue to grow at a good pace in 2022 despite a setback at the beginning of the year. This contributes to further strengthening central government finances and to a lower debt. It also entails a lower borrowing requirement. The Swedish National Debt Office is therefore reducing the supply of government securities.

Continued good growth, a stronger labour market and higher dividends from state-owned enterprises are some of the factors for why we are now seeing a larger surplus for the government than in the previous forecast. At the same time, there are risks such as increased uncertainty in the wake of higher inflation, as well as geopolitical tensions, that could affect the development ahead," says Karolina Ekholm, Director General of the Debt Office.

The strong economic development last year is followed by growth of just over 3 per cent this year, despite a dip at the beginning. An important driver is private consumption, which is boosted by the removal of pandemic restrictions and high saving from the outset. The labour market continues to grow stronger at the same time as inflation initially remains high before abating in pace with slower economic growth next year. Unemployment continues to fall, albeit at a slower rate. Altogether, this helps strengthen central government finances.

The central government budget balance developed surprisingly strongly at the end of last year. The Debt Office is also revising up the forecast for this year and now expects the surplus to grow to SEK 139 billion, driven by increased income from taxes and higher dividends from state-owned companies such as Vattenfall. Next year the surplus decreases. As in the previous forecast, the Riksbank's repayment of foreign currency loans also contributes to the surplus in 2022 and 2023. But even central government net lending, which is not affected by the Riksbank's loans, is gradually strengthened and shows a surplus as well.

Reduced borrowing in all government securities

The stronger budget balance entails a lower borrowing requirement, and the Debt Office is therefore reducing the borrowing once again. Within the short-term borrowing, the treasury bill stock is being decreased and the two longest T-bill maturities phased out. The Debt Office is also cancelling this year's planned foreign currency bond issue and lowering the issuance volume of both inflation-linked and nominal government bonds. The supply of nominal government bonds decreases to SEK 2 billion per auction starting in August.

The report will be presented at a digital press conference today, 24 February, at 10:00 am

Watch the live stream of the press conference here

Journalists can e-mail questions to press@riksgalden.se to be answered during the press conference. For further information or interview requests, contact the Debt Office's press function: +46 (0) 8 613 47 01, press@riksgalden.se.

The preliminary publishing date for Central Government Borrowing – Forecast and Analysis 2022:2 is 24 May 2022. 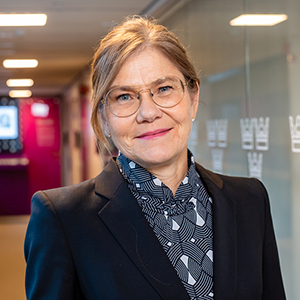